Social media and online platforms present opportunities for educators to gather for camaraderie and professional development even when they are widely dispersed by geography. The existence of online communities creates more opportunities for educators with widely diverse perspectives to come together than ever before. Yet, some educator groups seem to be as homogenous of echo chambers as one might expect from localized groups, while in others widely diverse perspectives thrive. What characteristics differentiate digital learning communities that enrich and educate their participants in diverse viewpoints from those that become echo chambers that reinforce existing perspectives rather than broaden participants’ viewpoints? How can group administrators create and perpetuate a culture that welcomes and promotes diverse or under-represented viewpoints?

Finding the answers to these questions unearthed a larger issue of why some teacher centered spaces online are less diverse than others.

Some of it May be Demographics

The racial imbalance of teachers within schools does not change radically even within schools with higher minority populations. According to data from NCES, in the 2014 school year, it was not until schools served a student population that was at least 90% minority that the teaching population began to approach a balance of minority and white teachers (NCES, February 2019). In fact, it is not until a student population rises to at least 50% minority students that the percentage of white teachers in the building drops to below 90% (NCES, February 2019). Identifying this is not to disparage or discourage white teachers; rather, it is to highlight the extreme lack of minority representation in educational staff even in schools where that does not reflect the student population, and to emphasize the ways in which education as a field can be remarkably monolithic.

The gender imbalance has been growing steadily, despite an equally steady drop in women studying education in college according to an article in The Atlantic that examines these seemingly contradictory trends, and comes to a depressing, but unsurprising conclusion: “unlike in many other countries, in the United States, teaching has long been seen as a relatively low-status profession [because] the status of a given career tends to correlate with the share of men in that profession” (Wong, 2019). So, while more women are attending college than ever, most of those women are choosing other fields, and few men are becoming teachers because it is a low status field in the United States. This also explains why in a profession dominated by women, only 54% of school principals (a higher status and higher salary position) are female (NCES, 2019).

In addition to racial and gender similarities, teachers tend to stay in the same district and building from one year to another. This is a trend that crosses all levels of teaching experience, genders and racial associations. According to an NCES survey of teachers, in 2012 the percent of teachers who left their position for another within the last year never dropped below 79% across all levels of experience ethnicities and genders (NCES, 2015). The vast majority of teachers tend to stay in the same building year after year. This continuity of job location may contribute to a reduced influx of new people who provide differing perspectives within a single building or district.

So teachers are predominantly female, predominantly white, and predominately teaching in the same location for much of their career. While school leadership is more evenly split by gender, it too is predominantly white. This sets the stage for more racial and gender based uniformity within groups even if those groups are widespread across the United States.

It May Be Group Purpose

Anecdotally, different groups I visited tended to have varied diversity in their administrative and membership depending on the purpose of the group. For example, a facebook group set up to support middle school teachers implementing a Language Arts curriculum widely used in the United States has a narrow focus that contributes the homogeneous feel of conversations. This a directly contrasts more generalized groups that include teachers from several countries, types of schools and grade levels. The purpose and membership of some groups is tightly focused, which can contribute to a reduction in diversity of ideas and perspectives.

There is relatively little information about this issue within educator communities, or online communities in general, but we can extrapolate to some extent from reporting and observations of other online communities. One example can be found in a 2020 article in Pop Sugar compiling the experiences of minority parents in online mom groups. These observations range from reports confusion and silence in discussions of racism and similar issues, to simply group member inexperience with the needs and perspectives of diverse groups of parents (Hernandez-Lewis, 2020). . Hernandez Lewis explains that “given the digital age we live in, diversity and inclusion needs to be considered in digital spaces, as well” (2020).

But Mostly, We Don’t Know

For the most part, research into group diversity among educator-focused online communities was sparse, leaving plenty of room for further research and study. It is this lack of data that means my original question remains unanswered. I do not have enough data to know what specific characteristics make some online learning groups for teachers more diverse in perspectives than others. In searching for the answer, however, I uncovered the information regarding demographics that I suspect is related to some teacher groups’ potential for lack of diversity, and articles and posts providing guidance for creating more inclusive and diverse communities.

Given the little we know abut the both the causes and proliferation of issues regarding diversity of thought and perspective as well as demographics within online groups for educators, it is difficult to provide suggestions. However, we can also look to other professions that have done the work to create more diverse communities for advice and best practices while examining our own communities and their practices. These ideas for increased diversity within online groups can be summarized as follows:

While access to a learning community used to mean that learners were in the same geographic location, “because of modern educational technologies, the meaning of being ‘present’ or having access to one another in a community is blurred” and has expanded to allow for the inclusion of individuals across the globe into the same online community (West, 2017). Because teaching is not seen as a low-status profession in most other countries, the disparities in gender are less significant. The Atlantic article cites a 2018 study that found “survey participants in the United States gave teachers a middling ranking, and tended to liken them to librarians; respondents in countries such as China and Malaysia, on the other hand, put teachers in first place, analogizing them to doctors,” which would address the low status issue causing gender disparities (Wong, 2019). Groups that include teachers from a variety of nations will naturally provide more diverse perspectives.

In his article, As Diversity Grows, so Must We, Gary Howard reminds us that “systems of privilege and preference often create enclaves of exclusivity in schools, in which certain demographic groups are served well while others languish in failure or mediocrity. As diversity grows in rapidly transitioning school districts, demographic gaps become increasingly apparent” (2007). Acknowledging the existence of these disparities provides educators in learning groups an opportunity to openly discuss the perspectives and lived experiences of individuals within the group regarding issues of privilege and exclusivity. This opens the conversation to more diverse ideas experiences by creating a space in which these experiences are acknowledged and heard.

Build Trust Within the Group

Online groups that promote diverse thought require a foundation of trust among group members, whether this group is an educator-focused learning team or a remote work team. Building a group online in which trust is a central component means “creating space for people to express themselves, where they can be vulnerable and show up as they need to” (Gittens, 2020). Trust is built through all of the actions of members of the online community, including the reactions of community administrators. Omolola Otaju observes that “how you respond to congratulations and criticism signals to the community whether they are truly welcome” in a post sharing how to create an inclusive space in the wine community (which is topically different from education but similarly monolithic in its demographics)(2020). Education blogger,

Mun Shing Cheong explains that the first months of a group are critical: “To get online communities started and for it to become robust, the initial period is critical, especially when critical mass hasn’t yet been achieved. This is when the role of the moderator may be more important to get the ball rolling. Ground rules should be set and thoughtful questions asked to get the conversation going” (Bush, 2021). Especially at the beginning of the process, having a diverse admin and moderating team is essential to create and build a culture of diversity. Hernandez-Lewis suggests “When you have a diverse group of people in one group, it is important everyone feels like they belong . . ensure that administrators are diverse and representative of the members; and encourage conversation that has to do with racism and other pertinent issues so members feel included and cared about” (2020). By ensuring that admin teams are diverse and provide genuinely varied perspectives, it sets up an environment where one admin perspective does not become the default perspective of the group, and more ideas have space to flourish.

Hernandez Lewis, J. (2020, September 23). In order for online parenting groups to be effective, they have to be diverse and inclusive. PopSugar Family. Retrieved from: https://www.popsugar.com/family/why-online-mom-groups-need-to-be-diverse-inclusive-47540968

NCES (2019, May). Characteristics of public school teachers. The condition of education. National Council of Education Statistics. Retrieved from: https://nces.ed.gov/programs/coe/indicator_clr.asp

NCES (2019, May). Characteristics of public school principals. The condition of education. National Council of Education Statistics. Retrieved from: https://nces.ed.gov/programs/coe/indicator_cls.asp

NCES (2019, February). Spotlight A: characteristics of public school teachers by race and ethnicity. Status and trends in the education of racial and ethnic groups. National Council of Education Statistics. Retrieved from: https://nces.ed.gov/programs/raceindicators/spotlight_a.asp

Wong, A. (2019, February 20). The U.S. teaching population is getting bigger and more female. The Atlantic. Retrieved from: https://www.theatlantic.com/education/archive/2019/02/the-explosion-of-women-teachers/582622/

Featured image is by Gordon Johnson from Pixabay 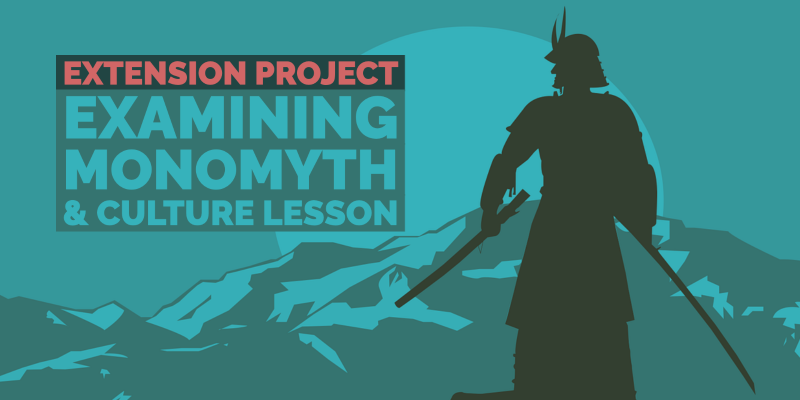 24 Jan 21 admin
Beyond the medical disparities affecting youth in under-served populations, social changes due to the pandemic such as the move to remote learning have a disproportionate affect. How can student choice and empowerment help students learn?
ISTE 1: Change Agent, ISTE 2: Connected Learner
4 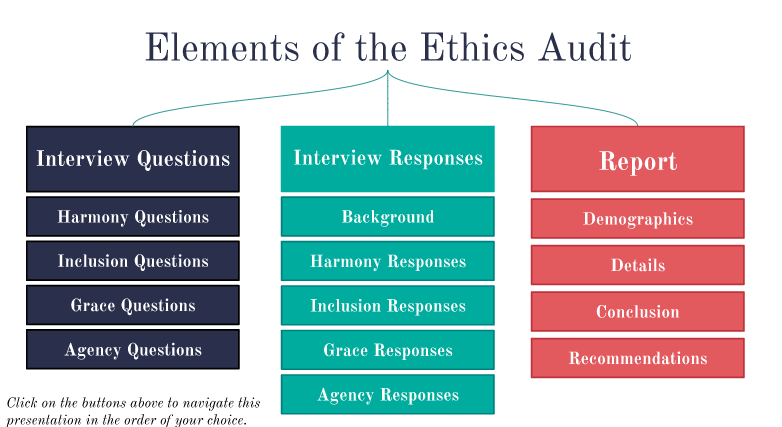 29 Nov 20 admin
To the extent that is observable, the intent and actions of staff at Marcus Whitman Middle School adheres to the ethical values outlined in this ethics audit. The overarching theme of technology implementation and use is on building a safe and positive learning environment for youth that provides grace and inclusion for them and their families.
ISTE 1: Change Agent, ISTE 2: Connected Learner, ISTE 4: Learning Designer, ISTE 7: Digital Citizen Advocate
0